On the Oregon Trail 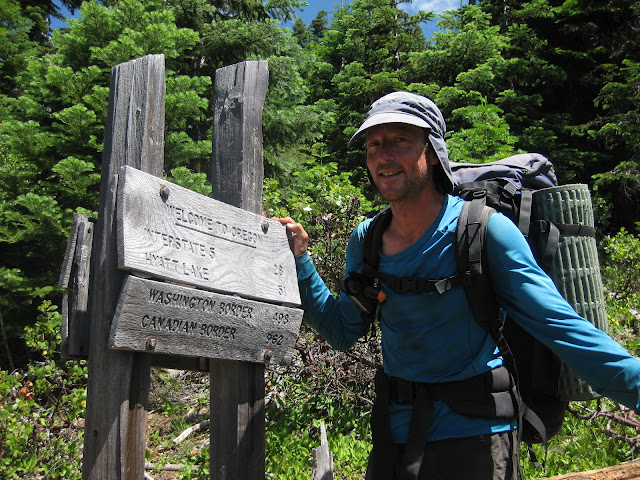 At last! After 1700 miles of hiking in California, we have now crossed over into Oregon. The walking is easier so we've been doing good miles - we've covered 100 miles in four days since leaving Ashland. It's taken its toll on our feet though, so today we're aiming for just 10 miles and enjoying the stunning scenery at Crater Lake, an incredibly deep and amazingly blue caldera lake. 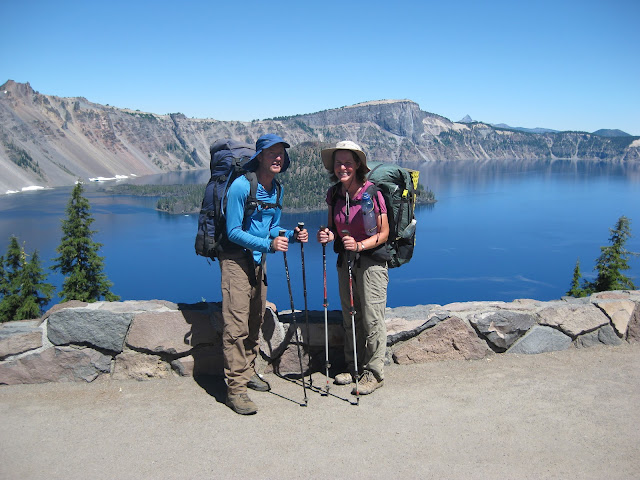 A really great thing which has happened in the last few hundred miles has been hiking with Tom and Greg. Tom is from Liverpool, and we previously met him just as we were all finishing the Pyrenean Haute Route two years ago. We had a very rushed conversation at Banyuls-sur-Mer train station just as Tom was about to catch a train home, and we discovered that he was also planning to do the Pacific Crest Trail. We failed to exchange contact details though, and we did wonder if his plans to do the PCT had come to pass. Then purely by chance, we bumped into him and his hiking partner Greg just after leaving Mount Etna. They're great company, and we're hoping to catch up with them again soon.