Hello from Sierra City, an old Californian gold mining town dating from the 1850's. The population is about 225, plus dozens of grateful hikers enjoying the hospitality of Bill and Margaret at the Red Moose Inn. We were only going to stay one night, but it's turned into a full rest day. The combination of burgers, spare ribs, milkshakes and a huge range of Ben and Jerry's ice cream in the local store (and the large spectrum of microbrewery beers at the inn) was too hard to leave behind. So we'll head back to the trail tomorrow morning.

The weather is getting hotter, the terrain becoming rolling hills rather than mountains, and water sources are few and far between - so we'll be carrying more weight in water than we were in the Sierras. We've been getting in some longer days - 22 to 26 miles - but both having  some problems as a result: Tanya with blisters, Neil with foot pain, so we'll cut back down again to a steady 20 miles a day until our new boots arrive 150 miles along the trail.

In the meantime, here are some photos of our last few days of hiking and relaxing. 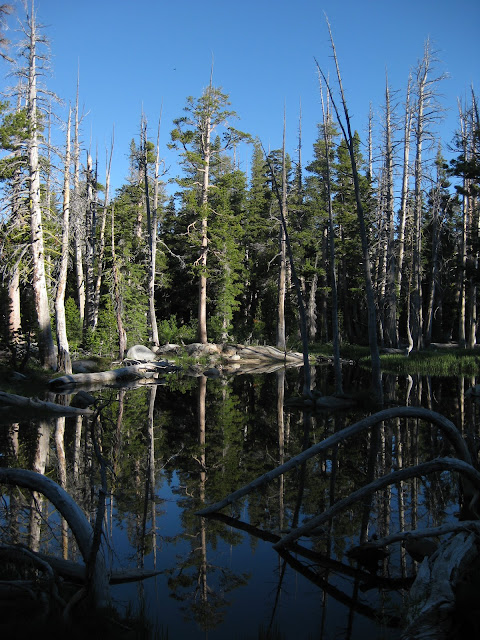